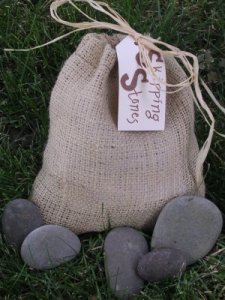 My father died 3 years ago on July 13th. 3 days shy of my birthday and 4 weeks shy of seeing my brother and me for the first time in about 9 years. If the universe revolved around me (and sometimes I truly think that it does) I would venture to say that this was incredibly bad timing on his part. However, we don’t pick the time when we get brought into this world, and we, for the most don’t get to choose when we leave for better things. My dad and me had long periods in our lives when we didn’t speak. As child, in my teens, as an adult. He was simply not around and I did not get to experience a lot of what little boys, adolescents, young men and adults experience with their dads.

But we did skip stones when I was a kid. he’d challenge me to find the better stone, who had the biggest skip, the most skips, and we’d be out there for a long time. There was no talking….our attention was focused on our silent competition. There would be the occasional grunt of success, or “awwwww” at the loss of a perfect rock improperly thrown and kerplunking in the water… such a waste. But there would be my dad with his grin, a Camel’s non filtered and an impeccable throw.

So I’m back from a short camping trip with my son. Of the things that he loves to do, he loves to find a skipping stone. He gathered them up greedily, like a leprechaun might horde gold. He brought them to our camp site before our final night and made sure that he had them tucked safely away, lest another leprachaunish child with cruel intentions and the audacity and cojanes to raid our campsite for his precious find. None of this happened obviously and this morning we sat at the river and quietly, he threw his rocks. Some of them were doozies… skipping twelve, thirteen, maybe fifteen times across the river just shy of the bank on the other side. I watched him and the memories of my dad came flying back. I said more than once, “Your grandpa would have been proud.” “Wow, I don’t think that your grandpa would have had anything on you.”

There were many things that my father didn’t see. Never saw me play guitar. Never saw me struggle over homework. Never comforted me when I was dumped by someone i really liked in highschool. Never gave me lectures about underage drinking. Never helped me drive a car. And I never did get to see him that final time. We were three weeks short.

But all of this doesn’t matter. We skipped stones. We sat and laughed and taunted each other. We had the silent and not so silent bond of a father and son. My dad was the biggest man in the world. His love for me in that moment was infinite… and I know that he carried that seed with him for the rest of his life. Regardless of how deep it was buried or how many years went by. I know this because I experience it with my son. I experience the silent love that only a father and son can experience.

I hope that I will be in my son’s life for as long as I’m alive. I hope that I can watch him grow into a man and share those same simple moments with his child. Those slient, almost silent and not so silent moments are like gold. I will hungrily and greedily hold them close to me, like a leprechaun… or more aptly, like a father who loves his son dearly.